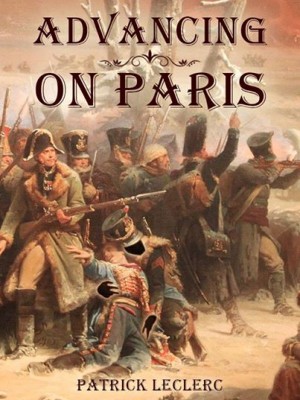 Patrick LeClerc takes all the sharp wit, wry humor and intelligence of his urban fantasy back in time.

One of the problems with being immortal is you get to live through all of history’s most famous blunders. Like Napoleon’s inspired idea for a land war in Asia.

This Sean Danet short story, a prequel to the entertaining and popular urban fantasy “Out of Nowhere,” sees our immortal hero before he became a paramedic in the Boston area. Some 200 years earlier he has hidden himself in plain sight in the ranks of Napoleon’s army. A plan that has landed him in the infamous ‘advance on Paris’… stumbling backwards from the smouldering ruins of Moscow with his musket frozen to unfeeling hands and only hunger keeping him awake as the Cossacks swoop down from the unforgiving countryside to slash at the column’s flanks and cut down stragglers.

A glorious historical snippet, this action adventure story also lets us glimpse further into the painful dilemma of Danet’s life… can he afford to love, or belong? Can he ever use his gift without destroying the trust of all those he cares about?

Wounded and cut off from the rest of the army, our hero must rely on quick thinking, fast reflexes, natural charm and poorly accented Russian to survive a brutal winter in a hostile country.

Either that, or face a long, cold, lonely walk home.