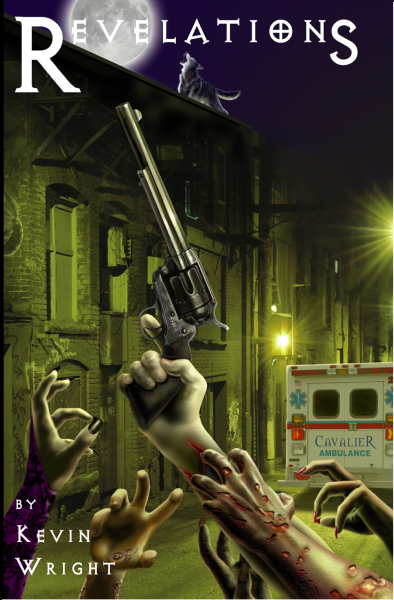 A tale of Lovecraftian Horror. The dark city rots from the inside; a plague festers, and war is brewing. Above and below the slick streets citizens disappear nightly, snatched away by horrors of the dark. Untold numbers are lost and it's getting worse. Only four men have any inkling as to what's going on: an agent of the shadow government, a saber wielding priest, a resurrected WWII hero, and a homicidal Chinese food chef known only as the Ghurkha.

About the Book
A TALE OF LOVECRAFTIAN HORROR
THE DARK CITY rots from the inside; a plague festers, and war is brewing…
ABOVE AND BELOW the slick streets citizens disappear nightly, snatched away by horrors of the dark.
Helpless. Hopeless. Blissfully, terrifyingly ignorant, they are the prey.
THE CITY IS INFESTED. Vampires, werewolves, and demons stalk the streets, plying their dark trade. But they’re the least of the city’s problems. Bloodthirsty, slavering, horrific, they at least follow the old ways.
THE NEW GUY DOESN’T. A junky gunslinger, he’s slunk into town, and he’s killing everybody and anybody.
No one’s safe. Not even the city’s vaunted elite. And the gunslinger’s brought with him an eldritch horror that everyone wants, everyone desires, but no one has the guts to face. Or, has it brought him? Either way, he keeps right on killing and taking and he ain’t ever giving back.
THE COPS BATTLE to stem the tide but they are inadequate, impotent, and dying in droves.
ONLY FOUR MEN have any inkling as to what’s going on: an agent of the shadow government, a saber wielding priest, a resurrected WWII hero, and a homicidal Chinese food chef known only as the Ghurkha.
DO ANY OF THEM have what it takes to even survive, let alone triumph? By day these unknown heroes load their guns and sharpen their blades, waiting for the curtain fall of night, to stride forth, knowingly and willingly, to combat the darkness despite the certainty of becoming it.
About the Author
Kevin Wright

Kevin Wright studied writing at the University of Massachusetts in Lowell and fully utilized his bachelor’s degree by seeking and attaining employment first as a produce clerk and later as an
emergency medical technician and firefighter. His parents were thrilled. For decades now he has studied a variety of martial arts but steadfastly remains not-tough in any way, shape, or form. He just likes to pay money to get beat up, apparently.

Kevin Wright peaked intellectually in the seventh grade. Kevin Wright wrote this bio, and this is how he actually refers to himself while speaking to people, in the third person like some steroid-addled NFL wide receiver. He enjoys reading a little bit of everything and writing sci fi, fantasy, and horror. He does none of it well. Kevin continues to write in his spare time and is currently working on another full length novel.