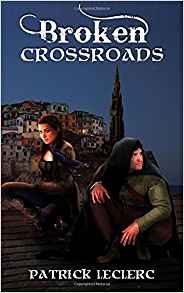 The city of Laimrig, once a mighty hub of commerce and a seat of power sinks into corruption and decay. Slavers, crime lords and corrupt officials hold sway while the ruling nobility wallow in decadence. War rages beyond the borders, while within rebellion simmers and sinister plots unfold.

Trilisean is an acrobat turned burglar. Conn is a jaded former mercenary. Against the background of deadly blades, subtle schemes, glittering treasures, dark sorceries and fell servants of forgotten gods, fate has thrown them together.

Fate has a sense of humor.